This winter’s produce has been such a treat! Diverse and flavorful, we’ve been very lucky to have such awesome fruits and veggies these past months. In honor of six of our Seahawks playing in this weekend’s NFL Pro Bowl, we wanted to share our Top 6 All-Star  Produce Picks for your All-Star Weekend! Check out how we compared each of them to our Hawks pros. 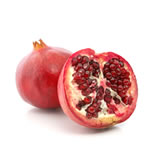 Just like Marshawn Lynch, the pomegranate provides a powerful punch, while also providing strength and good health. Pomegranate seeds are high in polyphenols, plant chemicals that fight inflammation. All of its seeds equate to one pretty great fruit, just as all of Lynch’s skills make him one of the best running backs in the NFL. 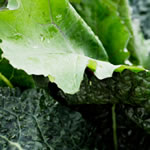 Kale is so great because of it’s versatility. Throw it in just about any dish and it will be a success. It adapts well to many different flavors and is delicious on its own or thrown together with your favorite veggies. In that respect, kale’s diversity is very similar to Safety Earl Thomas and his versatile skills on the field. His ability to produce plays makes him an asset in all situations. 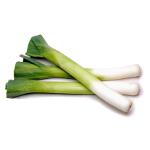 Being a rookie Quarterback, many people tend to underrate Russell Wilson’s abilities. However, his calmness and collective demeanor come with a consistent, but powerful impact on the field. He reminds us of one of our favorite winter veggies, the leek. It’s consistent flavors provide just the right amount of kick to many dishes. Similar to an onion, but with a much more mild potency, leeks are often overlooked. Don’t let folks turn you away from leeks, or Mr. Wilson. 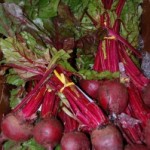 Both veterans in their respective fields, beets and Hawks’ Kick Returner Leon Washington are unique in their abilities, performance and purpose. As a special teams player, Washington has the unique ability to make big plays and have a huge impact on the game. He is a star on his own and a true asset to the team. Beets, similarly, are powerful and special. Unique from any other veggie, this root is not just bold in appearance; they provide numerous benefits to the body (your own personal team)! 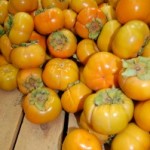 Russle Okung, Tackle, has a very important job. He provides a protection that helps create the possibility to score. Persimmons do the same for you. Its antioxidants protect your body from diseases, such as diabetes and the cell damage it causes. 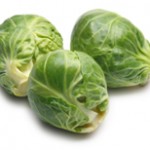 often underrated. Likewise, Centers are reliable, consistent, often talked about, but underrated. Max Unger is truly the second quarterback of the offense and his job is crucial. He protects and provides as one of the strongest players on the team.  Just like Unger, brussels sprouts provide great benefits  and are an asset on your team.

Do you have your own produce/Pro-Bowler comparison? Share your ideas on our Facebook wall! Don’t forget to celebrate the true athleticism of our greta Seahawks this weekend and the benefits of fruits and veggies every day!